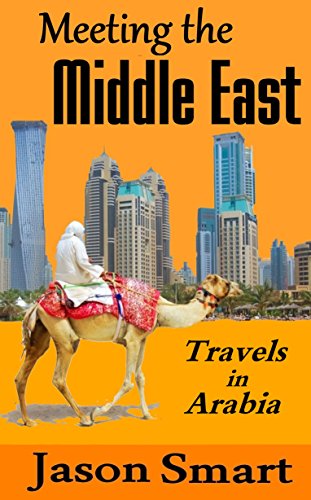 Meeting the Middle East is a lighthearted travelogue through twelve countries of Arabia. Starting in the Gulf State of Qatar, Jason Smart sets out on a whirlwind tour that takes him from futuristic skylines to the ancient temples of Petra and Byblos.

Among his adventures in this often-misunderstood part of the world, he swims in the Dead Sea, takes a transit through Saudi Arabia, sees the bullet holes of Beirut and almost succumbs to heat exhaustion in Bahrain. Find out how a Land Cruiser rams him off the road in Qatar, and why, in Kuwait, he almost gets into a fight with a large man wearing a white robe. As his journey continues, he takes a day trip to Israel, has a memorable encounter with a Turkish barber in Istanbul and experiences the warmth of the Kurdish people in Iraq. His journey ends in Ajman, the smallest of the United Arab Emirates, where he gets to see some of the more unsavoury sights of the Middle East.

Other books by the author: